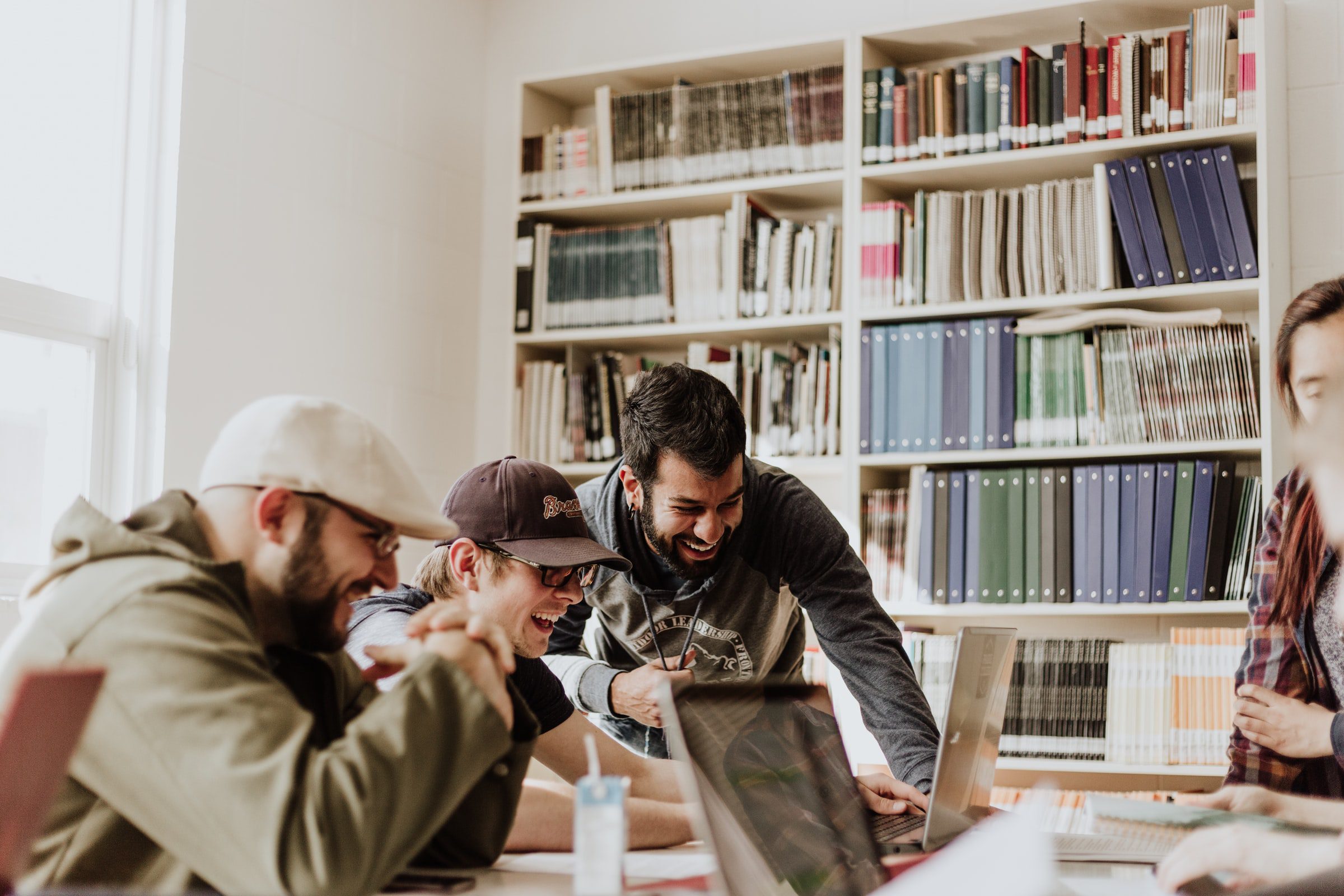 WHY WE ALL NEED MERCY

In this article, I want to focus on mercy as an internal foundation stone of all our charitable endeavors. True mercy, in the biblical sense, is first of all a matter of the heart, before it translates into human action. God desires through the circumstances of others to call forth from us a generous and compassionate response. But there is a much deeper level of response that God desires to elicit from us. He wants to share his heart with us and that primarily, has to do with deepening our personal relationship with him.

God’s love is expressed in mercy

God’s heart is a fountain of mercy. God’s love for us is expressed in mercy – an extension of kindness and forgiveness to one who deserves the opposite. We do not deserve God’s love. We can never earn it or win it. He loves us completely because we are, first of all, his sons and daughters through baptism. That is not just a pious title, it is reality. We are truly adopted through Christ’s blood, shed on the cross for us and through the baptismal waters poured over us that come from the very heart, the wounded side of Christ. We belong to him. So deep is this relationship that even though we stray, we sin and we fail to live as children of God, he always is willing to receive us back, to forgive us and to restore the relationship. He has mercy on us.

Oftentimes, we treat our relationship with God lightly or we hardly refer to it at all. We live as we want to without even a thought for the one who made us in his image and likeness. We are his children – truly. And like any good and loving Father, he is deeply saddened when we reject, ignore or pay lip service to him. So often, we act like the prodigal son in the Gospel of Luke who asked for his inheritance because he wanted to leave home to do “his own thing.” In biblical times, requesting the portion of your family inheritance from the father was tantamount to saying, “Give me what’s coming to me. As far as I am concerned, you are dead to me.” And, wonder of wonders, in this parable, the father gives him the inheritance. The son goes and squanders that inheritance on “loose living.” Destitute and hungry, he comes to his senses. He realizes even the pigs on the pig farm have it better than he does – and so he begins the trip back to his father’s house. The father, longing for him, watches daily, hoping against hope. Finally, he sees his son coming. He runs out to meet him and receives him back with a warm embrace; restoring all the privileges and benefits of being a son in the father’s house. All this occurs while the son is still trying to form the words to ask for forgiveness. That is mercy – the extension of forgiveness and kindness to one who deserves the opposite.

Mercy always has characterized the living God. In speaking of contemporary man and woman, Pope John Paul II wrote: “To humanity which sometimes seems bewildered and overwhelmed by the power of evil, selfishness and fear, the Risen Lord offers his love that pardons, reconciles and reopens hearts to hope. Mercy is ‘a love that converts hearts and gives peace.’” (His last Divine Mercy Message, 2005) https://gulfcoastcatholic.org/

At this point, take a moment to reflect on God’s merciful love towards you.

If you can, just take five minutes and think of the ways God has had mercy on you when you deserved the opposite. Where might you be today if God had not forgiven you? In our human condition, it is almost impossible to extend mercy if we have not been willing to receive it from God. Have you fully received the mercy he so desires to give you?Sister Ann Shields, a member of the Servants of God’s Love, is a renowned author and speaker. She is on the staff of Renewal Ministries.

SHOULD SUFFERING SHAKE OUR FAITH

Premier Christian Radio in the UK sponsored a survey that investigated how the COVID crisis has affected religious beliefs and attitudes. There were three major findings—namely, that 67% of those who characterize themselves as “religious” found their belief in God challenged, that almost a quarter of all those questioned said that the pandemic made them more fearful of death, and that around a third of those surveyed said that their prayer life had been affected by the crisis. Justin Brierley, who hosts the popular program Unbelievable?, commented that he was especially impressed by the substantial number of those who, due to COVID, have experienced difficulty believing in a loving God. I should like to focus on this finding as well.

Of course, in one sense, I understand the problem. An altogether standard objection to belief in God is human suffering, especially when it is visited upon the innocent. The apologist for atheism or naturalism quite readily asks the believer, “How could you possibly assert the existence of a loving God given the Holocaust, school shootings, tsunamis that kill hundreds of thousands of people, pandemics, etc.?” But I must confess that, in another sense, I find this argument from evil utterly unconvincing, and I say this precisely as a Catholic bishop—that is, as someone who holds and teaches the doctrine of God that comes from the Bible. For I don’t think that anyone who reads the Scriptures carefully could ever conclude that belief in a loving God is somehow incompatible with suffering.

There is no question that God loves Noah, and yet he puts Noah through the unspeakably trying ordeal of a flood that wipes out almost all of life on the earth. It is without doubt that God loves Abraham, and yet he asks that patriarch to sacrifice, with his own hand, his beloved son Isaac. More than almost anyone else in the biblical tradition, God loves Moses, and yet he prevents the great liberator from entering into the Promised Land. David is a man after the Lord’s own heart, the sweet singer of the house of Israel, and yet God punishes David for his adultery and his conspiracy to murder. Jeremiah is specially chosen by God to speak the divine word, and yet the prophet ends up rejected and sent into exile. The people Israel is God’s uniquely chosen race, his royal priesthood, and yet God permits Israel to be enslaved, exiled, and brutalized by her enemies. And bringing this dynamic to full expression, God delivers his only-begotten Son to be tortured to death on a cross.

Once again, the point, anomalous indeed to both believers and nonbelievers today, is that the biblical authors saw no contradiction whatsoever between affirming the existence of a loving God and the fact of human suffering, even unmerited human suffering.

Rather, they appreciated it as, mysteriously enough, ingredient in the plan of God, and they proposed various schemata for understanding this. For instance, sometimes, they speculated, suffering is visited upon us as punishment for sin. Other times, it might be a means by which God effects a spiritual purification in his people. Still other times, it might be the only way that, given the conditions of a finite universe, God could bring about certain goods. But they also acknowledged that, more often than not, we just don’t know how suffering fits into God’s designs, and this is precisely because our finite and historically conditioned minds could not, even in principle, comprehend the intentions and purposes of an infinite mind, which is concerned with the whole of space and time. Practically the entire burden of the book of Job is to show this. When Job protests against what he takes to be the massive injustice of his sufferings, God responds with a lengthy speech, in fact his longest oration in the Bible, reminding Job of how much of God’s purposes his humble human servant does not know: “Where were you when I laid the foundations of the earth . . .”

Once again, whether they half-understood the purpose of human suffering or understood it not at all, no biblical author was tempted to say that said evil is incompatible with the existence of a loving God. To be sure, they lamented and complained, but the recipient of the lamentation and complaint was none other than the God who, they firmly believed, loved them. I don’t for a moment doubt that many feel today that suffering poses an insurmountable obstacle to belief in God, but I remain convinced that this feeling is a function of the fact that religious leaders have been rather inept at teaching the biblical doctrine of God. For if human suffering undermines your belief in God, then, quite simply, you were not believing in the God presented by the Bible.

I want to be clear that none of the above is meant to make light of the awful experience of suffering or cavalierly to dismiss the intellectual tensions that it produces. But it is indeed my intention to invite people into a deeper encounter with the mystery of God. Like Jacob who wrestled all night with the angel, we must not give up on God but rather struggle with him. Our suffering shouldn’t lead us to dismiss the divine love, but rather to appreciate it as stranger than we ever imagined. It is perfectly understandable that, like Job, we might shout our protest against God, but then, like that great spiritual hero, we must be willing to hear the Voice that answers us from the whirlwind.

Bishop Robert Barron is the founder of Word on Fire Catholic Ministries and auxiliary bishop of the Archdiocese of Los Angeles.